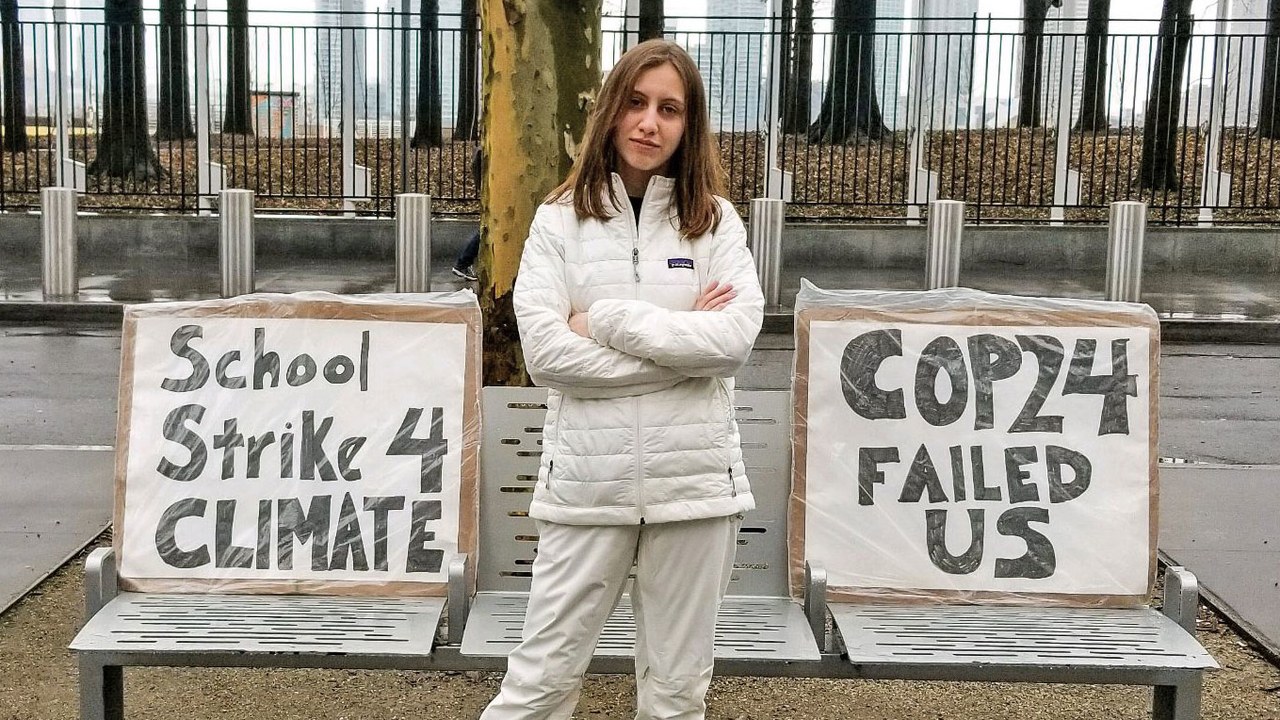 Alexandria Villaseñor is a 13-year-old climate activist living in New York City. Frustrated by the lack of progress at COP 24, and inspired by Swedish climate activist Greta Thunberg, she began her solo weekly school strike for climate outside the United Nations Headquarters on December 14, 2018. Alexandria became a national and international organizer for the first global youth climate strike on March 15, 2019, which mobilized 1.6M youth from 123 countries demanding climate action from their world leaders. For her work, she received the 2019 Tribeca Film Festival “Disruptor” Award and made Politico’s top 100 people influential in climate change policy list. Alexandria continues to organize national Fridays for Future climate strikes and is the founder and executive director of “Earth Uprising”, which works to bring accurate climate science and climate change education into schools. Alexandria stands for a 50% reduction in global greenhouse gas emissions by 2030, as outlined by the IPCC, and intends to continue her school strikes, climate activism and direct action until this goal is reached.