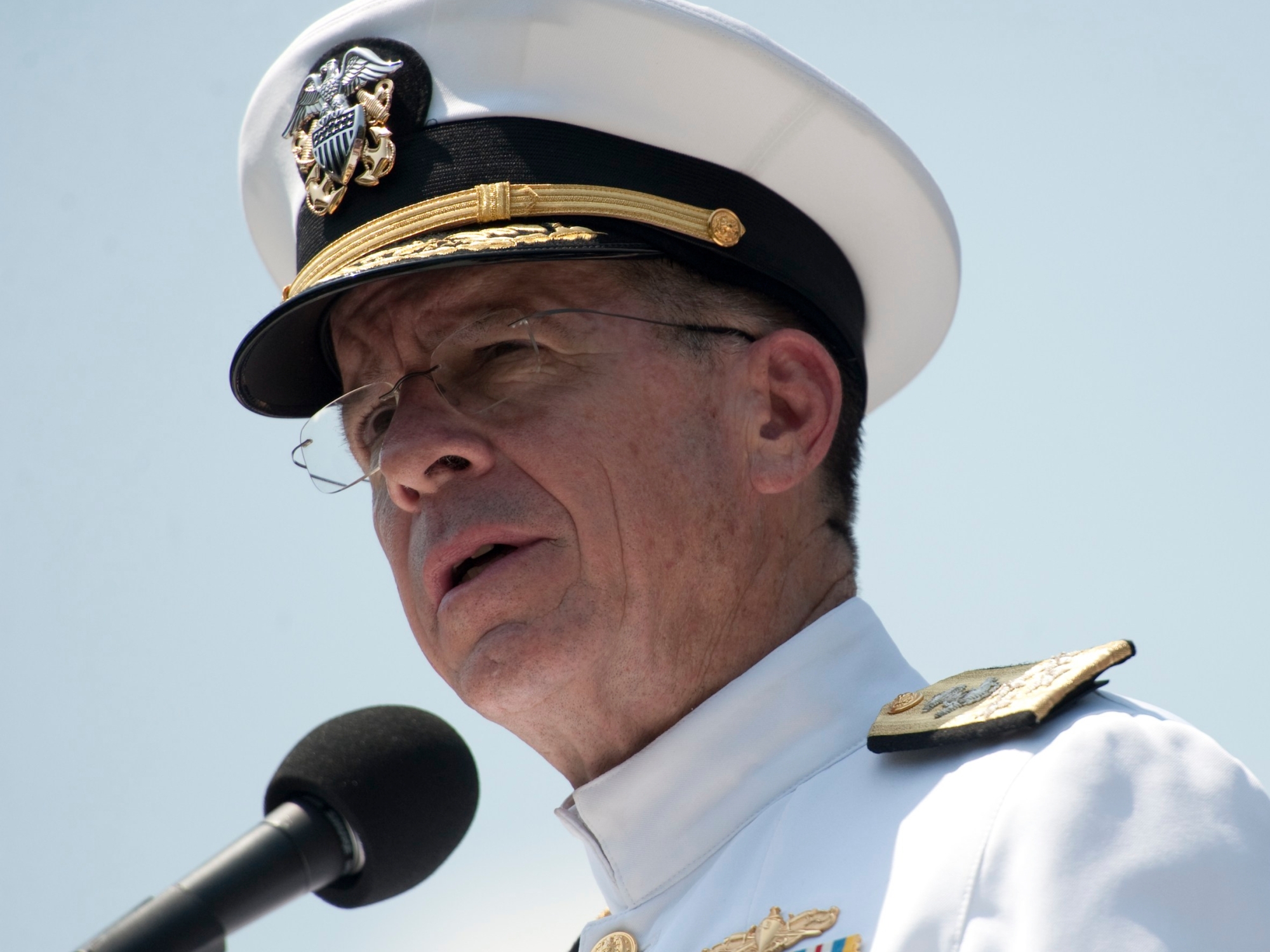 Considered one of the most influential Chairmen of the Joint Chiefs of Staff in history, Admiral Mike Mullen takes a fresh approach to the most important geopolitical issues of the 21st century, including America’s position in the world and how economic health directly impacts our National Security.

Mullen, who spent four years as Chairman, is widely recognized as an “honest broker” by policymakers, Members of Congress and senior military officers. Admiral Mullen oversaw the end of the combat mission in Iraq and the development of a new military strategy for Afghanistan, while promoting international partnerships, new technologies and new counter-terrorism tactics culminating in the killing of Osama bin Laden. He graduated in 1968 from the U.S. Naval Academy in Annapolis. He rose to be Chief of Naval Operations prior to assuming duties as Chairman, Joint Chiefs of Staff.

Since retiring from the Navy, Mullen has joined the boards of General Motors, Sprint, and the Bloomberg Family Foundation. He teaches at the Woodrow Wilson School of International and Public Affairs at Princeton University. He is renowned for his role in dismantling “don’t ask, don’t tell” and allowing gay service members to serve openly.

Today he shares with audiences his deep experience in leading change in complex organizations, his assessment of geopolitical relationships, economic policy, risk management and the growing and existential threat of cyber-terrorism.