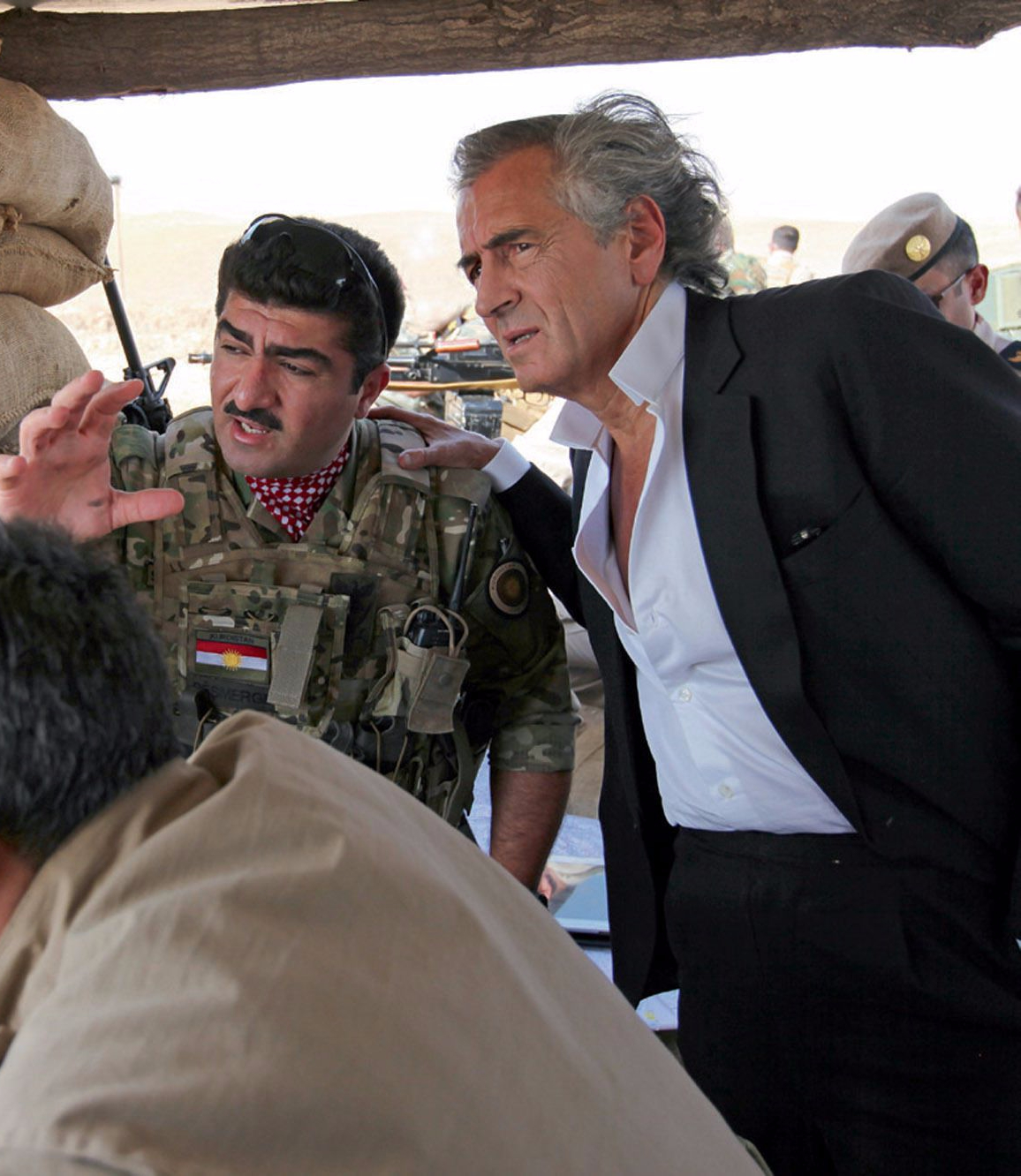 Bernard-Henri Lévy is a philosopher, activist, and filmmaker, and one of the most esteemed and bestselling writers in Europe.

Levy is a very special example of a breed rarely found in the US – the politically engaged intellectual who has had the ear of presidents since François Mitterand and served on diplomatic missions for the French government. Lévy’s commentary, novels, and journalism have stirred up such excitement that The Guardian noted that he is “accorded the kind of adulation in France that most countries reserve for their rock stars.”

After starting his career as a war reporter for Combat — the legendary newspaper founded by Albert Camus during the Nazi occupation of France — Lévy co-founded the New Philosophers group. His 1977 book, Barbarism with a Human Face, launched an unprecedented controversy over his critique of the European left’s complicity with totalitarianism.

He has written for Le Point, El Pais, Corriere de la Sera, The WorldPost, The Wall Street Journal, and The New York Times, among others, and traveled the world to cover the most troubled areas, not only in pursuit of facts, but often as an advocate for change.

Levy gained renown for his documentary film about the Bosnian conflict, Bosna! (1994). His films include the documentaries The Oath of Tobruk, Peshmerga and his most recent film, The Battle of Mosul.

He is the author of more than 30 books, including works of philosophy, fiction, and biography. His most recent book, The Genius of Judaism, was published in January 2017 by Random House. His New York Times Bestsellers include American Vertigo, Barbarism with a Human Face, and Who Killed Daniel Pearl?

ABOUT THE “BATTLE of MOSUL”:

The film begins in the middle of the Plain of Nineveh on October 17, 2016, the first day of the battle to liberate Mosul from the Islamic State. It ends in mid-January 2017 with the complete liberation of the eastern half of the city, including the spot on the Tigris where the Prophet Jonah is buried, a place of significance for the three Abrahamic religions.

Between these two dates, Bernard-Henri Lévy and his team made multiple excursions into the field. Whether in the company of the Kurds or of the special forces of the Iraqi Golden Division, they were present in the theater of operations at every crucial step in the battle.

From the opening gunshots to the tragic sacrifices made by the soldiers, Lévy and his team show the strategically complex operation step-by-step, as the militant Jihadists with their black flag answer any advance with new attacks.
Throughout, a question hangs in the air: Will the foreseeable liberation of Mosul spell the definitive defeat of the Islamic State?